This bad boy is my dream mandolin. When I first got it I wasn’t so sure. It seemed a little “heavy” sounding compared to #62. I’ve been playing the old one since 1980, and it’s got an Engleman top. It’s so loud and responsive that I thought all other mandolins were wimpy by comparison. Chris Thile played #62 and said, “This is fantastic for that Bill Monroe stuff, but I don’t necessarily like loud mandolins, I like sweet sounding ones.” Of course he played some fantastic high up the neck Billmon stuff to demonstrate. When he played my new one I could tell it was his cup of tea.

I’ve learned now that really sweet mandolins may need to be a little tight at first in order to grow into that Loar-like tone. It is unbelievable how much this instrument has grown in 2 1/2 years of playing. Also it’s got a Red Spruce top, which develops a little more slowly. In short I’m a lucky guy with two Nugget Fs that represent both ends of the tonal spectrum. Nice fern too! 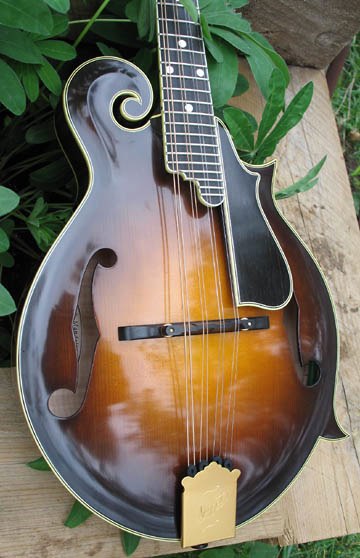 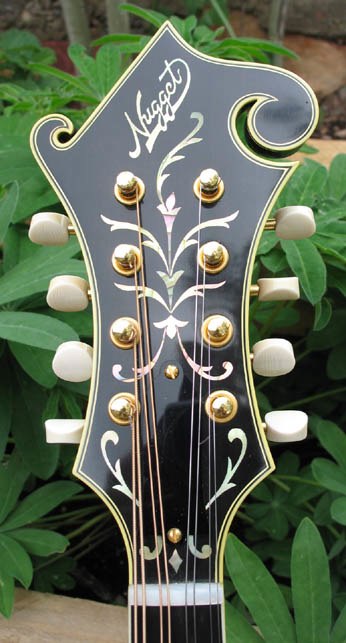 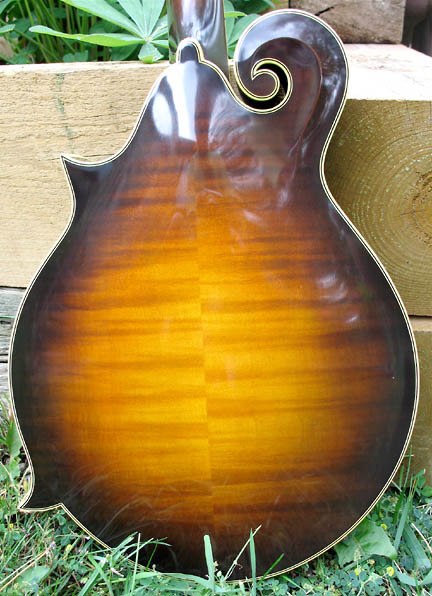 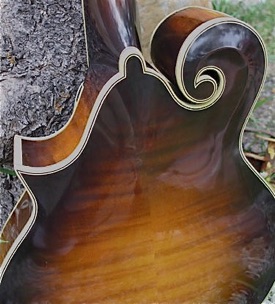 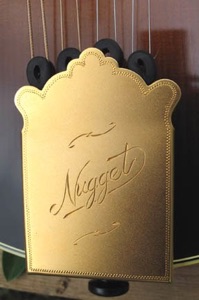