This was the first (or second) prototype of the TOB Model. Tim O’Brien has played Nugget #2, his prized A Model, throughout his musical career. It’s the sound you hear on all of those great Hot Rize records, and everything since.

Mike Kemnitzer carves the tops and backs from his long-collected stash of tonewoods. He then attaches his braces and tap-tones and carves until they sound right. Collings builds the neck and sides, then sands and finishes the instrument. There aren’t very many of these out there… so if you have one… you’re lucky.   This collaboration may be the reason that people have sometimes characterized Collings mandolins as “Nuggetesque.” 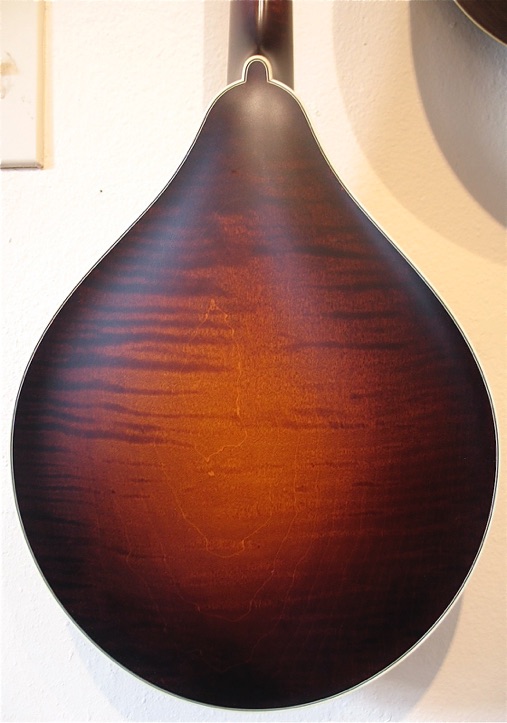